Traditionally desktop or app virtualization specialists have been creating a standardized golden image for the virtualization environment. It has been a normal way and almost no one has challenged it. BUT NOW! Welcome to my world. One day me and my colleagues thought, why on earth we are creating the golden image for Windows Virtual Desktop solution? Couple of iterations and no, we didn’t have the answer, so we tried to do it another way and this post is all about it.

In traditional approach we install the operating system from media. Then applications to the golden image itself. When finished, we prepare the image and copy it again, again and again. We get same type of images whenever we want. Great!

If we bring this traditional approach to the year 2020, we will use Image-as-code to create the golden image. We describe source image, application installation parameters etc. and Azure Image Builder, Hashicorp Packer or similar tool is doing it’s job and we have a thick golden image for use. Then we use it to create hosts. Brilliant!

When we get new monthly updates, we can re-run the image packing process with a new image and we have an updated golden image to use for new hosts or we can replace the old hosts with the new image. Great! Except… If there is something stored locally or if there are personal host pools with workstations that cannot be re-provisioned. We have to update those.

Magical golden image provides a static version of VDI base image and you have to update the code every time, you change something in it. BUT, as we are normally managing also other workstations with MEMCM or MEM, we have applications already in configuration management tool for deployment. Could we use always the standard vanilla image from Azure Marketplace to provision the host pool and automate application installation to those?

When you are using this option, you must have time for provisioning. After new host is created to the host pool, it’s not ready before MEM or MEMCM has run application deployment etc. This takes time from couple of hours to twelve hours depending of application sizes etc. So be ready to use drain mode to the host before everything is ready. On the other hand, you don’t need to maintain repository, static custom image, shared image gallery, pipelines, specialized customizations for Azure Image Builder or Hashicorp packer. Here is something to think about…

Another way to think why this way is the support. Mostly workstation production teams has more knowledge about MEMCM or MEM than code-based implementations. It is much more easier for them to handle all workstations same way with the same tool.

Managing infrastructure with a code is modern and hype currently in 2020 that’s true, but what is the real advantage of it at the end or is there any in this case?

If you use Image-as-code method, you will get images up and running immediately after provisioning those, but you have to maintain IaC and have knowledge to it.

If you can wait less than a day after deploying the VM before giving it for end user, you save a lot of time in the maintaining. Using MEMCM or MEM to deploy applications takes time to complete, but in most cases this time does not matter. You can scale hosts out and in to have more resources if you have prepared for it. You are not paying any extra for compute that are not running in Azure (you pay only for disks and price point isn’t high).

Think before implementing Windows Virtual Desktop: Why, how and with what tools. Happy virtualizations 😉

I've been working in IT since 2009 in different roles mostly with solution architecture, service development, training and consultancy side. With Azure I started to work in 2013 and with Microsoft 365 related products in 2011. I like to work often with the newest technologies by testing, giving feedback and share the knowledge to people around me. Currently I'm working much in Azure side with governances, security and solution architectures and in Microsoft 365 side with E5 security solutions with strong zero trust aspect.

This site uses Akismet to reduce spam. Learn how your comment data is processed.

Bloggerz.cloud is an independent blog on public cloud services and solutions. Currently we are working extensively with Microsoft 365 and Microsoft Azure so you might expect more stuff on these areas. Enjoy the content; please comment and share posts. If you see us somewhere, come and have a pint with us! Let’s make the config-life easier to everyone.

Microsoft is replacing confusing monitor agent army (several different agents) with a new one that is going to replace all current ones. New agent is called Azure Monitor Agent and shorter abbreviation is AMA. When Read more… 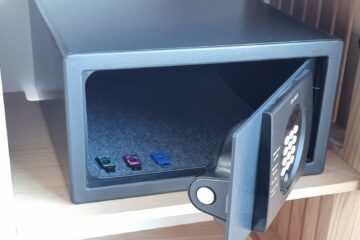 TL;DR; Easiest way to really secure your Break the Glass account is use FIDO2 security key and store the key in the physical safe. Having way to login to Azure AD management plane after configuration Read more… 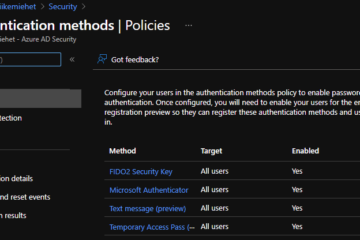 Best way to prevent password leaks is to go passwordless Social engineering and technical tweaks compromise credentials every day. There have been methods to overcome these problems but they were too complicated for larger adoption Read more…